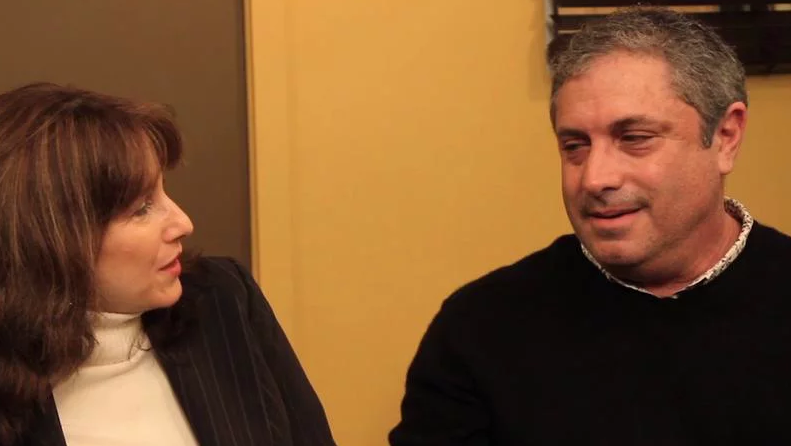 Michael Nankin is a regular guest director and teacher here at The Jentzen Technique’s Living the Art Institute. I’m thrilled to share with you an interview and lesson with writer/director/producer Michael Nankin, which is part one of a two-part series. His words of wisdom ring true for actors, directors and industry professionals alike. Having directed more than 30 titles, Michael Nankin’s credits include Battlestar Galactica, FlashForward, Heroes, CSI, Picket Fences, Monk and Life Goes On, to name a few.

In the following video, he illuminates a refreshingly honest take on how to survive the film and television business, stressing important aspects of the work. Michael believes that the act of creation in the moment is the most exhilarating part, which is the collaboration between director and actor.

Here are some of Michael’s thoughts, the three things he always tells actors, in regard to acting…

“Stay in your own sandbox”

The second thing Michael tells actors is ‘stay in your own sandbox.’ “In the same way that the emotional event is attractive in a three-person scene, the one who has the biggest emotion is attracted to the other two. Ideally, you want emotional contrast between the characters in a scene, you don’t want them all to be doing the same thing. So if you have one guy whose job it is to yell and scream, if you’re not careful, pretty soon everyone’s yelling and screaming. It’s just hard to resist. So my job is to go ‘no, that’s his job, your job is to sit over here in the corner and be the peacemaker, and your job over here is to be annoying and his job is to scream and yell.’ So it’s always, ‘stay in your own sandbox.’”

And the third is, ‘simpler.’ “It’s hard to describe… simpler is a big word. A friend of mine once said to me when a director says to you ‘less’ … he never means less honesty. Even if the director doesn’t know what he is saying. Less is never less honesty.”

Michael went on to talk about authentic emotion… “As human beings, we are highly emotional people. We’re emotional about everything. And in order to get along with each other we’ve become experts at suppressing our emotions. We feel 100 percent, but we show 10 percent. This is what we are used to seeing. And because of this, we’ve all become geniuses at figuring out what’s really going on. And so, for a performance in film to seem real, it has to try to approximate that, because the audiences are all geniuses at figuring out what’s really going on. And if you give them something that approximates reality, which is an actor who is feeling everything and pushing it down and hiding it, that gets the audience involved because now they are working with you, now you no longer are dishing it out… now it’s a tennis game. So simpler is code for that.’”

Michael believes your best work is when you are really aren’t conscious of what you did. When you say, “What happened, what did I do, was it okay?”

He shared an experience when recently working with actor, Robert Patrick… “After every scene, after take one Robert would say, ‘That was it, wasn’t it? That’s a keeper, it doesn’t get any better than that!’ Which I guess works on some people. But it was funny because he would do that… he’d say ‘that’s the one.’ And I’d say… ‘well…’ and then he’d say, ‘no, no, no, it sucked, what do you need.”

After an evening with Michael and my class, I was reminded that actors who trust the director, always benefit greatly in the execution of the material.

Acting for Children: Adjusting your Acting Style to Different Scripts

Observations On Monologues for Theatre and Acting
Scroll to top