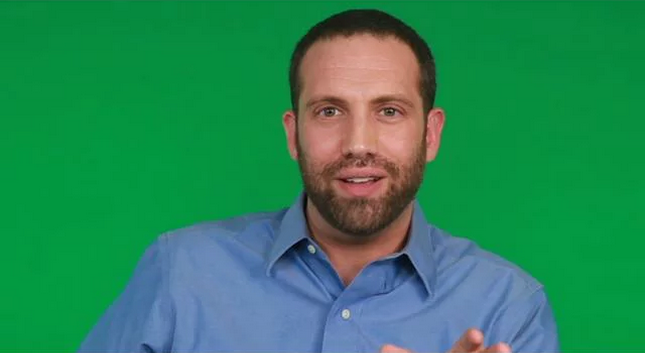 Everyone is afraid of being heckled. Fear no more! Master Talent Teacher Gerry Katzman gives you a time-tested formula for staying ahead of even the nastiest crowd.

Before I teach you my 4-step How-to-Handle-Hecklers process, I have to share some bad news:

You are not being heckled.

Drink that in, because most of the time it’s true.

It’s hard to believe, but most of the time when an audience member says something when you’re on-stage they are either a) wanting to be part of the fun or b) dealing with something (a lost credit card, a straggling friend..) that has nothing to do with you.

So reacting to every little thing that is going on in the performance environment as a challenge or an insult is a huge mistake. Doing so will only alienate a the audience.

Try dropping the word “heckler” from your vocabulary and replacing it with “unplanned occurrence.” Because for the most part, that’s what’s happening. Whether it’s a blender being turned on, people talking, or an ambulance going by, 90% of what’s happening in your performance environment is not negatively directed against you.

The sooner you learn this- the sooner you will be able to truly play off of an audience, have fun with what they’re giving you, and be able to identify and handle hecklers.

As soon as you’re ready to accept that 90% of what is happening in your performance environment is not negatively directed against you then we can begin to discuss a proven 4-step strategy for handling hecklers.

Let’s go over them:

1) IGNORE. If most of what you’re being given in a performance environment is NOT negatively directed at you then try to ignore it. Ignore any nuisance twice and it will probably go away. This also has the advantage that if a person continues talking after you have ignored them twice, the audience will see that you’ve been patient with them and will be on your side when you handle them as a heckler.

2) ACKNOWLEDGE. If someone is clamoring for your attention- let them know that you see and hear them. A simple phrase like “got it” will make many attention-seekers calm down and stop interrupting.

[Side note: “Crowd work,” is what we call it when a comedian or speaker strays away from his material and begins “playing off” the crowd, often asking questions or making comments about people and the room itself. Always feel free to do crowd work. It is often one of the funniest things that a performer can do- the audience realizes that the comedy is being created specifically for them and they are doubly appreciative. However, if you don’t want to engage the crowd with crowd work, you can simply stick to these 4 steps.

By the way, if you do decide to do crowd work- don’t give the microphone to an audience member. Your volume is a source of power that you don’t want to have to ask anyone to give back.

3) DIRECT. If a person in your crowd is still talking- you must communicate what you want them to do. The simple gesture shown in the video (a modified version of the “shhhhh” symbol (without being as weak as the normal “shhhhh” request)) can disarm someone and make it clear that you request silence.

4) SHUT DOWN. After you direct the person, if they are still presenting a barrier to your performance then you can engage them, play with them, and do anything you want to try to get them to give you the space you need to perform- but if they won’t stop, then the following script will turn the audience against your heckler. I don’t recommend using this unless you absolutely need to.

Look at the audience and say:

“I want to do a show, but I can’t do it if he keeps talking. Do you guys want to see a show?” (Audience will probably reply “Yeah!” When they do, look at the heckler to make sure that he understands that you control the audience and say) “Good.”

This build of tension and release on the heckler is brutal and has been known to humiliate even the most obstinate audience member.

You now have a game-plan for what to do when an audience starts to get out of control. Remember, most of the time you are not being heckled. If you want to engage your audience, do or simply ignore, acknowledge, direct and shut down. You can use the video at MasterTalentTeachers.com to practice.

The Callback
Scroll to top