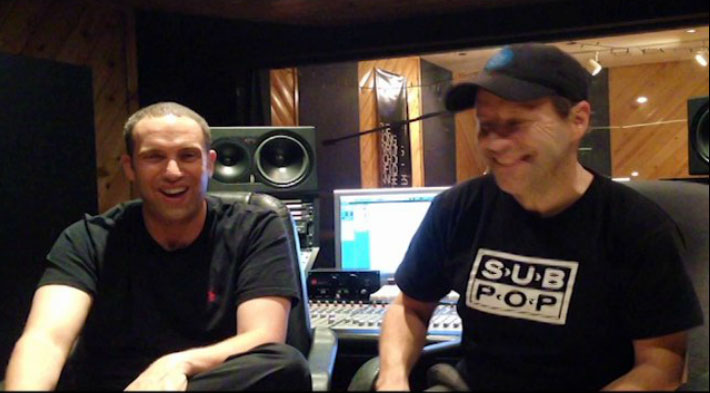 In part one of this series, Rob Seals (www.thesongwritingschool.com) and Gerry Katzman (www.standupcomedyclass.com) taught techniques for nailing the comedic end-rhyme of a song including working backwards and making lists. In this video Gerry and Rob outline the importance of having a clear concept and paying homage to (or tweaking the nose of) the genre of your comedy song.

The concept of the Flight of The Conchord’s song “Business Time” is that in a long term relationship, sex can become unromantic and routine.

If your song is set in a recognizable genre of music, you can allow your lyrics to work against, or toward that genre.

If you’ve identified a genre that your song is set in (for example: country, rock, hip hop, R&B…) it might be a good idea to make a list of every signifier of that genre (for example a signifier-list for hip hop might include beatboxing, autotune, record scratching, freestyling, shout-outs, rap-battles, etc.) Another good example of a song that makes use of genre signifiers is “Hiphopopotamus vs. Rhymenoceros” http://www.youtube.com/watch?v=FArZxLj6DLk

We hope you get many laughs from your musical comedy creations. Listen to comedy songs (and songs of all kinds), use the tools from our first video, make sure your song concept is clear (can be expressed in a single simple sentence) and make sure to check to see if there are elements of the genre (signifiers) that you can use to get more laughs.

Prepare to Succeed – Build Your Professional Team and Support System

The Language of the Face: An Interview with John Sudol

Networking and Creating Relationships in the Entertainment Industry –...