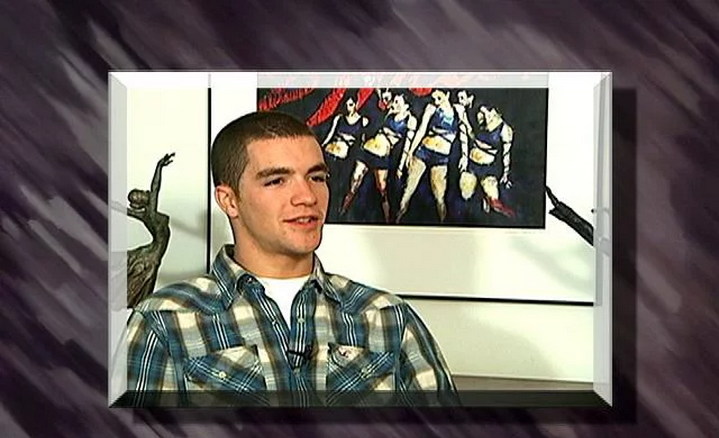 Master Dance Teacher Joe Tremaine sat down with first year professional dancer Tony Bellissimo, who was recently a dancer for Rihanna on The Loud Tour 2011, to discuss his move to Los Angeles, his experience on So You Think You Can Dance, auditioning for the Academy Awards, Glee and his advice for dancers who are moving toward a professional career.

Tony began dancing with his Mom when he was two, hip hop classes began at six, and at age 13, a discussion with Joe Tremaine convinced him of the need for technical classes such as ballet, jazz and tap.  By his senior year of high school, he had cut out varsity sports to focus exclusively on dance.  Then, at the age of 18, he found himself in the top 20 on season 5 of So You Think You Can Dance.  Even though he was the first to go home, his time spent on the sound stages of Los Angeles proved to be the catalyst he needed.  That January he made the move from frigid Buffalo, New York, to the warmth of Los Angeles.

Days after arriving in L.A., Tony’s first audition, and first professional job, was for the 82nd Annual Academy Awards, an audition process which he easily compares to his  SYTYCD experience.  Since that time, he has worked on other award shows including The Kids Choice Awards, the TV Land Awards and the Univision Awards.  He has also appeared on multiple episodes of Nick Jr’s The Fresh Beat Band and the Fox hit series Glee, including their “Thriller” themed episode which aired after the Super Bowl.  Other credits include Step Up 3D with director Jon M. Chu, a Radio Shack commercial and various music videos.

Based on his experience, Tony’s recommends pushing yourself outside your comfort zone so as not to limit yourself as a performer or your ability to compete with other dancers.  He discusses the need to be comfortable freestyling at auditions, saying, “Everyone in L.A. can dance.  It’s what you do after those two counts of eight that will set you apart.”  Tony’s other advice includes, the importance of communication with your agent, knowing and being confident in who you are as a dancer and the fact that you must eat, sleep and breathe dance if you want this as your career.

Listening Part 3: Give and Take and Raising the Stakes

How to be Great in a Meeting

How to Stay Enthusiastic in This Crazy Business
Scroll to top