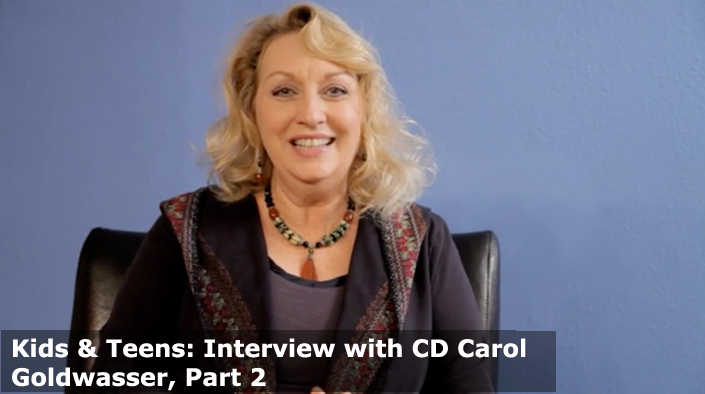 After 22 years of teaching and an equal number of years working in the Entertainment Industry, I thought I knew quite a bit about casting. Additionally, we have guest CD’s in for our monthly casting director workshop, Actors Platform, at our studios and we learn a tremendous amount about what goes on in the audition room. But Carol really has some great new information in this interview. Actors of all ages ~ LISTEN UP ~ this one you do not want to miss, because Carol has some very valuable information to share in regards to the casting process that even I didn’t know!!

Carol: Thank you for having me.

Diane: When a young actor comes in to audition for you, does their talent, their resume or their look matter the most?

Carol: Most of the time, when a young actor, say 5 to 8 years old comes in, because I do have to cast actors that young, their credits don’t matter. They could have only done some print or a commercial, then if I see a talented 5 or 8 year old, as long as they have a look, or a funny personality or a quality that works, then we’ll cast them. When I’m casting teens, 12 to 14, L.A. is a competitive market, and I will look at their resumes to see if they have done any other comedy TV shows in town. I’ll see “Oh, well so and so cast her on this or that, and I will notice” Because there are other Casting Directors in town whose work I respect, and I will take note. But if it’s one line, say a cheerleader, if she has the right look and can execute the line as it was written, then it will be equally about the look and the delivery.

D: What is a NO NO in the casting office?

C: Don’t touch the casting director! I mean, I work with kids and teens of all ages and now and then, a young child will want to give me a hug at the end, I don’t worry about that, that’s harmless. But if sometimes, experienced adult actors come in and get down and start acting out a part of a love scene with me, I’ll be like, “No no, you don’t go kissing the casting director on the ear”. That’s a NO NO! You know, I get asked about my pet peeves a lot. One of mine is when an actor comes in and says, “I just got this”. Which, to me, sounds like me and my office didn’t get it to them in time to adequately prepare. If an actor just got this, then everyone else in the waiting room just got this because WE just got it because the writers did a rewrite overnight. So, everyone’s in the same boat and if an actor comes into a Producers session and says “I just got this”, I have to do an internal eye roll, because the feeling is like a DIS to the casting director. Unfortunately, auditioning is part of the job and preparing on short notice is part of the job and when you get on set, you’ll get revisions every day, so you have to be fast on your feet, that’s what you get paid for. It’s not like theatre, where you get 8 to 10 weeks of rehearsal, you get line when you get to set, and you have to be quick. So, that’s a NO NO.

D: Would you encourage or discourage props at an audition?

C: Most of the time I don’t like them because I feel like it takes away from the actor. If the audition becomes about the coffee cup and not the actor. One exception I would say would be in a phone scene, it’s more distracting to see an actor mime a phone than to use one. Because phone scenes are so common now, that when an actor says “Can I use my phone?’ I say yes because it looks weirder to not use it than not to use it. But don’t bring in any bananas, or Frisbees, or fire hoses!!

D: How do you feel about miming in an audition?

C: As long as I don’t feel like I’m watching Marcel Marceau, I’m fine with it. If people are doing a little bit of business in a scene, to support the scene, then I’m fine with it, as long as they’re finding the balance between the action and the dialogue. It can be distracting when it becomes more about the miming and not the communication. There are certain scenes that seem to require it, I mean, I haven’t worked on anything like this for awhile, but when I was casting Medical dramas and things like that, when there’s a lot of business going on in a scene, it seems like you need to add some movement to make that scene live, whether or not it is a little bit of action or exact movements. If it’s single camera, people become so used to staying in frame, they are very still. We will actually encourage people to enter and exit in and out of frame because when we shoot on set, it’s in front of an audience and we are going to see that actor move and at the audition, if they are framed very tightly, then they get on set and we see them walk, and if that actor walks funny, we’re like “OMG we don’t want to see that”, so I do think it’s important to add some movement in the audition.

Networking and Creating Relationships in the Entertainment Industry – Part 3

How to Work Your Way Up From the Bottom