In today’s video, Donald The Dialect Coach teaches you what to focus on when learning a dialect so that it will be believable. He also shows you how to keep your line delivery from being choppy while performing with a dialect. Part 2.

In today’s video, Donald The Dialect Coach teaches you what to focus on when learning a dialect so that it will be believable. He also shows you how to keep your line delivery from being choppy while performing with a dialect. Tune in next time for Part 2.

The one thing that you never want to be is burned out!

A word of warning.

It’s easy to get overwhelmed when you’re first learning a dialect. Trying to identify each sound change, making adjustments, and keeping it believable can be really tough without a knowledgeable coach.

How do you do it?

Learning a dialect is a BIG undertaking.

If a dialect were an animal, it would be an elephant. A really friendly and nice elephant that you’d want to hang out with.

How do you eat an elephant? One bite at a time.

What I’m saying is this:

Do NOT try to do every sound change in a dialect right off the bat. That’s only going to buy you a headache

First, focus on the resonance (what part of your mouth the sound lives in). That’s 90% of any dialect. Become very comfortable with changing from your natural resonance to the resonance of the dialect at will.

When you have mastered the resonance and the two sound changes, you’ll notice something magical happening. The other sound changes will begin to naturally creep into your speech creating a full, round, and believable dialect.

As actors, a big part of your career is out of your control. You gain and lose roles for a myriad of reasons.

If it’s out of your control, then what do you do?

You know the best thing about skills? 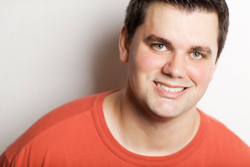 Donald Gipson (www.DonaldTheDialectCoach.com) combines a unique blend of professional acting and teaching expertise to deliver a high quality learning experience that enhances the skills of professional actors and sets them apart from the competition. Donald demystifies dialects.

Whether working locally in Los Angeles or around the world via Skype, Donald shows you the fun and easy way to learn dialects and reduce your accent. Most importantly, he teaches you how to own a dialect, build up your skill set, and add more value to yourself as an actor.