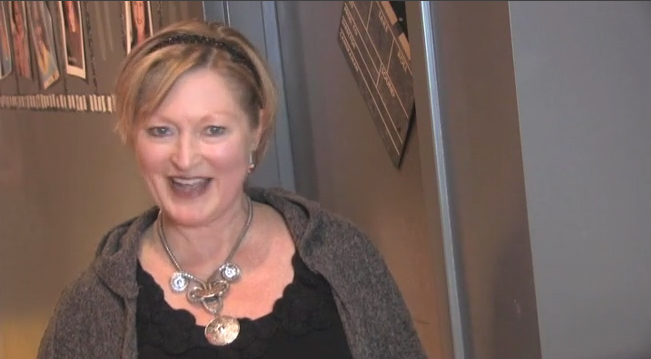 BROADWAY! The Mecca for Theatre! If Broadway is a dream of yours, then let those dreams catapult you into ACTION so you’ll actually have a shot at it!! Broadway veteran, Anthony Galde agreed to share his words of wisdom. Tony has been performing on Broadway for the past 25 years. He started in STARLIGHT EXPRESS when he was only 17 and recently completed a 7 year run in WICKED. Tony is a wealth of information and filled with showbiz stories. Check out what he had to say about life on Broadway!

Lynn: Tell us your personal Broadway story. How did you land your first show.

Tony: I found out about a new Broadway show, STARLIGHT EXPRESS. I was a singer-dancer-actor-speed skater, so it was a perfect show for me. Since I was working in a theme park in LA at the time, I would fly to New York on Mondays, audition all week, then fly back to LA to do the show in LA on weekends. This went on for 4 weeks. It was insane. Because I was 17 and knew all things (laughs), I moved to New York. I was certain I was going to get it. I had $750 which was going to keep me going for months. Clearly. (laugh) I moved to New York and did not get the show, which shocked me and only me. So I got a job waiting on tables…….one month later, they had another position they needed to fill and called me in. At this point I was on my 15th callback. ……. The day I went in, I pulled a groin muscle in dance class, then a block away from the Schubert Theatre, I got hit by a taxi……. I hobbled into the audition and there sat Trevor Nunn, Andrew Loyd Webber, Arlene Phillips, the “A” team.
I limped through the audition and left dejected……..then my manager called and said I needed to be at the publicity office in an
hour and I start tomorrow. Insane! It’s pretty wack-a-doo. My whole career is like that.

Lynn: All journeys are different. Of course, there’s no ONE ‘right way’, to launch a Broadway career, but what advice do you have for people preparing for a Broadway career…….. to give themselves an edge?

Get emotionally, mentally prepared Have a ‘life’ outside of show business

Be bold Learn the business

Identify your ‘type’ Know who you are.

Tony: (laughs) You need money, you need a LOT of money. You have to be ready to eat the Ramen Noodles. NYC is an expensive place to live. It costs money to walk down the street. People have a tendancy to go there and try to live the same life-style they had when they lived with mom and dad or when they lived in wherever. They want the same quality of life. New York City is a very different thing. What constitutes a bedroom in New York City is really like if you can physically turn your body
around. It’s tight. Those things you’re not used to.

Lynn: Once you land a job, what can you expect?

Tony: Theatre jobs are crazy from the word ‘go’. You start right into costume fittings and all of that sort of thing before you even go into rehearsals. Then you rehearse 10 to 6, six days a week for maybe 5 or 6 weeks, then you go into tech which is 10 hrs out of 12 hours every day until previews. That may be a week or two, but if it’s a technical show it could be much more. We were in tech for 35 days in a row with STARLIGHT EXPRESS. So for 12 hours a day, we kept our skates on because, if we took
them off for our dinner break, our feet would swell and we couldn’t get our skates back on. After you go through the tech time, you go into previews. You rehearse during the day to make changes and then do the show at night. Some changes may take 3 or 4 days to complete, so you rehearse the changes all day and then do the old stuff at night.

Lynn: (smiling) So it’s really easy to be on Broadway?

Lynn: You have to love this.

Tony: (Sincerely) You do. And the process is heaven. That’s when you feel it. And then you start your run and do 8 shows a week, plus your rehearsal on Thursdays and Fridays.

Lynn: What is life like for the dance captains and swings?

Tony: Dance captain means you have to know what everybody does and you teach every new person in the show. Dance captains live at the theatre. A swing covers the ensemble. Like in WICKED, I covered 6 of the ensemble tracks. You have to be
ready to go on at a moments notice…….middle of the show, and switch roles. We do what are called split tracks, which means
you come in and they’re like 4 guys out. So they say ‘this is what you’re gonna do; opening number you’re gonna do half of this
track then you switch to do this line, then go to this track to sing one line, back to the other track.” So you write it down on
a paper towel and check it during every costume change. It’s crazy.

Lynn: Do you get an adrenaline rush doing that?

Tony: Yes! I love it. I’ve always loved it. I love that “Don’t worry, I’ll save you.” thing. I love that. It’s awesome! But it takes a tremendous amount of homework to learn everything. Being a principal is much easier because you just lock into a character and there is an obvious through line. So that stuff was easier. In WICKED I played 3 of the 4 principal male roles and that was a piece of cake.

Lynn: What is your favorite part about a career on Broadway?

Tony: The camaraderie. That community is so special and you feel it when things happen. It’s beautiful to see everybody come together. That’s the biggest part of it. And it’s kinda groovy to say “I worked on Broadway for 25 years. At the end of the day when you walk out of the stage door…..it’s pretty neat.

Lynn: Thank you, Tony, for sharing your words of wisdom.

How To Book The Comedy Job With Amir Talai

Networking and Creating Relationships in the Entertainment Industry – Part II

How to Be Funny

Theatre Dos & Don’ts For The New Performer
Scroll to top