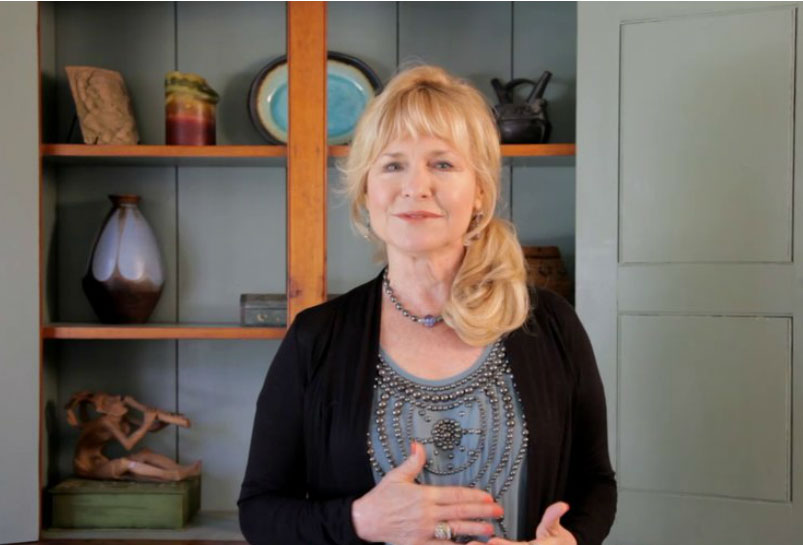 I am going task you SIX KEY QUESTIONS, and then I want you to answer them from your heart and soul – from your gut – instead of from your conscious mind, because that is where you have access to your own unique ‘authentic voice’.

Unfortunately Nora Ephron recently passed away, but she left us with some of our most endearing romantic comedies of all time — from “When Harry Met Sally” to “Sleepless in Seattle” and “You’ve got Mail.” Nora was obviously intrigued by the dance of love. She wrote about charming, witty, intelligent characters (because that’s who she was) who had all this great stuff going on in their lives – except their love life. We watched the main characters grapple with their own idiosyncrasies and go through some challenges and circumstances that force them to grow, then they eventually evolve into the person that is ready for a GREAT LOVE – and Voila! They eventually end up with the person we knew they would fall in love with at the beginning of the movie! Right? It was her theme in every movie and it worked every time.

And on the opposite end of the scale, we have the Cohen brothers, who like to swim in dark waters — from “Fargo” to “No Country for Old Men.” They love to dally with deviant characters, but they’re never one dimensional — like Javier Bardem’s sociopathic killer in “No Country for Old Men.” He’s diabolical, but always calm, fair and completely honest. “Heads you live, tails you DIE.” His complex character is one of the great ‘bad guys’ of all time.

Suzanne Collins did a brilliant job of that in the “Hunger Games.” She took two somewhat disturbing trends in our society today and exaggerated them in the future in a fascinating way.

– First, she takes the ever widening gap in our society of the rich getting richer and the poor getting poorer, and catapults us into a future where the rich are now living outrageously opulent and SELF-indulgent lives in separate cities! They now live far, FAR AWAY from the deprived poor who live in concentration camps and are forced to hunt for their own food to survive.

– In the second current trend, she highlights our society’s obsession with ‘reality shows’ and takes us into a future where the most popular entertainment for the rich is watching the poor young people stalk and kill each other. Then the victors become media sensations — just like the Kardashians are today!

QUESTION: Is there something that YOU see in the future that could be the natural outcome of what the way we are living now?

If you can do it in person, you can put it on paper. If you are funny that is GOLD – do not squander your talent. Chelsey Handler certainly doesn’t. Love her or hate her, that broad is balls out FUNNY and as irreverent as you can get — because she doesn’t care what you think of her. She doesn’t apologize or try to please anybody but her own personal “creative genius”.

If you are funny, I’m going to give you a great tip. I actually went out with a stand-up comedian for a little while who ended up with his own sitcom. Every single time he said something off the top of his head that made people laugh (which was often), he would get out a little notebook from his back pocket and write it all down — including the set up as well as the punch line. By the end of the night, he’d have half of his next stand up routine already written!

Nobody does that better than Larry David did with “Seinfeld” and now “Curb Your Enthusiasm”. He has such a UNIQUE and interesting slant on everyday reality and he writes such flawed characters in mundane and sometimes ridiculous circumstances, that he allows us to laugh at ourselves for being human. If you have that gift, SHARE it.

Look at what a Law career did for John Crisham and his series of best selling books that became big movies, like “The Firm” and “ A Time to Kill?” What expertise do you have that could be the foundation for a great idea?? It doesn’t matter if you’re a former bronco bull rider or a reformed sex addict – there could be ‘Gold in them there hills.’

What ideas have popped into your head out of nowhere and made you think, “This would be a great story or topic!” Pay attention to those! Those ideas out of nowhere are your heart and soul talking to you. They can also come from the Collective UN-conscious. Which means, that if you don’t write about, it someone else WILL. When those moments of inspiration happen – write them down immediately or call yourself and leave a detailed message. Or get one of those recording devices. Don’t assume you’re going to remember it because you most likely won’t. Inspiration comes in a FLASH – and is often gone like a puff of smoke if you don’t record it.

What you DON’T want to do is:

If you’re writing just because you want the next “bestseller” or “blockbuster”- meaning you are going for the money and your name in lights – then that is more of an ego trip than it is a creative journey.

Writing is such a great opportunity for YOU to express your “one of a kind” self UNIQUELY. So make sure it’s something you feel EXCITED about or no one else will!

In closing, I want to share some of what we’ll be covering in upcoming videos:

If you haven’t watched the first video on “How to Tap Into Your Own Personal Creative Genius”, I advise you to do that because it will give you a great foundation from which to proceed.

For more information on my Workshops, Writing Mastermind Groups and private coaching, please go to my website listed below and feel free to call me any time. Thanks again to mastertalentteachers.com. They have great free videos and so much valuable information on every aspect of show business – straight from the top teachers and coaches in the biz.

Thanks for stopping by. Here’s wishing you a beautiful day and countless blessings…

The Inside Scoop: A Conversation with Casting Director Caroline Liem Part 2

Spending Money on Mastering Your Craft
Scroll to top