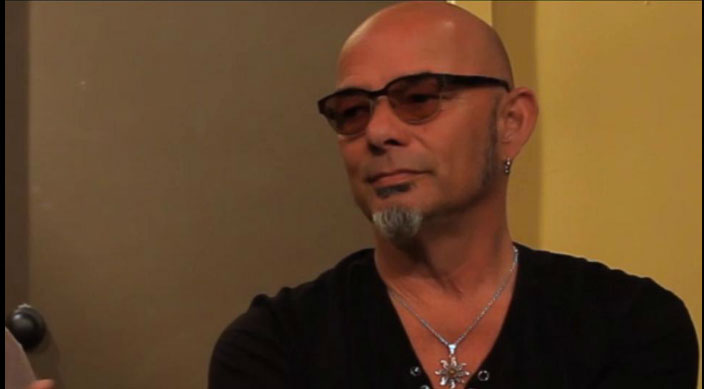 Billy DaMota has depth. He’s the kind of casting director that really cares about the actor. My class spent a few evenings with him and we really enjoyed his take on acting.

There is a Stanislavski knowingness inside Billy. He loves the fantastic magic of honesty in the moment and the emotional ride in the work. He’s not afraid to admit that he was moved by a performance—in fact—he celebrates it. He appreciates masters at their craft by rewarding great talent with opportunities to be cast in his projects. So, if you ever have the opportunity to work with him, I think you will be as inspired as my actors in my class were.

Billy is very forthcoming in helping actors navigate their advancement in the profession. Here he shares his wisdom:

“First of all, the reel has to be concise. It can’t be 7 minutes because you love yourself… but I get them every day. It’s gotta be your best work always up front. The general attention span of a casting director in Los Angeles is that of a gnat and you want to grab ‘em. So put your best work up front, even if it’s a small thing.

The problem is if you’re sending a reel, you’re probably not at the level that your agent can pitch you and just get you a meeting. So you’re goal is to get a meeting.

You want them to see that you can act.

There are a lot of people who put together these reels now that you can have made at some studio and that’s a part of seeing an actor’s work, but also seeing that you can book a real job is important. So to see that they are in a movie, to see that they are working with Dustin Hoffman or Meryl Streep, or someone on a TV show, is also important. So even if you have some small stuff, some good stuff, that’s professionally produced, network and feature stuff, you put that on there too. And it can be a really great student film or a really great short film.

But the quality that I see now-a-days… the fact that everybody can buy a 7D or a 5D camera… If the script’s not good or the acting’s not good, if the production values aren’t good, it’s not worth my time to look at. So, I think you have to be concerned with that, too.”

“The big mistake that a lot of actors make when they come to Los Angeles is that you have to be really particular in the projects you chose. Which means, you’ve got to read the script and you’ve got to know that the writer, producer, and director know what they’re doing. Be specific and particular about the kind of projects you chose while you are putting your reel together.

You have to be really specific in what you want. I always tell actors – focus. Find the directors, the casting directors, the projects that you like to watch, and I don’t just mean the movies that make you laugh or cry, but the ones that effect you in a way that you say, ‘I want to work with that director, I want to work with that producer, I want to know who that casting director is, I want to get on their radar.’ Too many actors are scattered. They are not looking for what’s specific and right for them. Target and focus is always really important.”

What do you look for in an actor?

“It’s really getting close to the same thing I look for in human beings I like to hang around. You tend to be attracted to people that are funny and sensitive and creative and attractive. Actors always think they have to be assertive, and sometimes I like the shy and the reserved because it makes me want to reach in and find out more about them.

It’s always a challenge for me when it comes to casting, and that challenge is the most exciting part. It’s like going on a wonderful fishing expedition. Where you learn and you grow and you find new things you never knew were out there. I think what I look for primarily is something that attracts me. I look for that energy that connects with me, and what I’m trying to do. That initial energy. It’s like love, if you create barriers, or filters—I’m not talking about mystery or intrigue—I’m talking about, not connecting, then you probably are not going to work on a project that I cast.

It’s an energy that I’m attracted to when you walk into an office. And then there’s the talent. You don’t have to be Olivier, but you have to be connected to the material. And I think a lot of times actors walk into my office without ever having read the script, or not knowing what their character is, or not having created choices… real strong choices. And they don’t have to always be the right ones. When an actor makes no choice, it’s like a ship without a sail.

So… I look for an energy, a certain quality connection, a commitment to the character and their talent.”

How to Become a TV Host, Part 1

Writing Great Characters for the Screen & Stage: Part One