Born in Vancouver, Canada, Kelsey has been shooting in Los Angeles for over 15 years. After graduating from USC (go Trojans!), she opened the doors to her beautiful 3000 sq/ft natural light studio located in the heart of Hollywood on Melrose and La Brea. Kelsey shoots entertainers, models and musicians. She is best known for her ability to create a comfortable atmosphere and rapport that draws clients in and allows the essence of their personality to be captured. 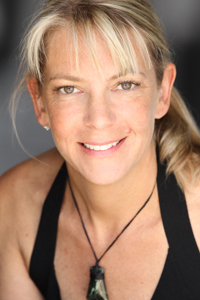 Rather than stage an image, Kelsey converses with her clients until their interactions create the perfect candid moment. Her work is often likened to film stills. It captures the core of the actor’s character, be it “edgy”, “boy next door” or “leading man” in an honest, informal and spontaneous way. She has worked with many celebrities including: Quincy Jones, Jeff Foxworthy, Jason Dolley, Neve Campbell, Kyle Massey, Bill Withers, Florence Henderson, Kin Shriner, Dakota Fanning, Boomer Esiason, Billy Bob Thornton, Laura Dern, Lalo Schifrin, Barbara Morrison, Kidd Kraddick, and LeRoy Neiman. Her work has been featured in well-known magazines such as People, US, Allure, Marie Claire, Interview and In Style. Kelsey shoots all over North America, from San Francisco to New York City.