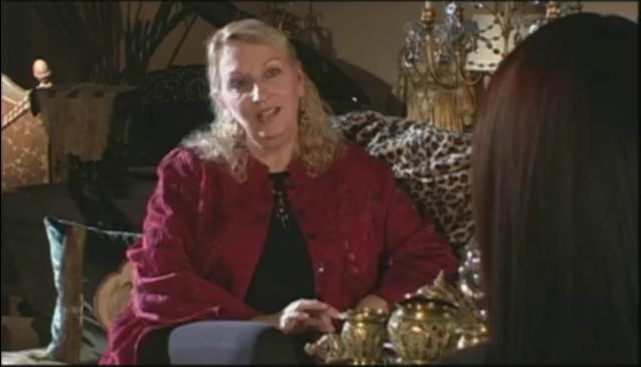 In an age of truly terrific young actresses, Shelbie Bruce emerges with a body of work that is specific and commanding. Today, at 17 years of age, she gives riveting performances, much like she did in the blockbuster hit film “Spanglish.” At 10 years old, she joined Adam Sandler in her break out role as Christina Moreno in a bi-lingual, emotionally charged tour de force that earned her the coveted ‘Best Actress’ statue at the Young Artists Awards, as well as a Heritage Award.

Master Talent Teacher for kids and teens, and Shelbie’s Acting Coach, Diane Christiansen, interviews Shelbie and goes directly inside this very accessible young talent to find out what makes her tick. This “In the Moment” in depth interview helps us understand the process and the path of Hollywood’s young talent.

Diane asks: What made you want to be an actress originally?

Shelbie: I was 4 years old when my mom and I would walk through the mall and see this little modeling class going on and I would always say, “Mom, mom! I want to do that! I want to be like those girls!” And she would say, “NO!” She wanted teachers and my Dad wanted athletes, but after awhile my mom thought, “Hey, you know, let’s try it.” One thing led to another and we got an agent and moved [to Los Angeles]. Now this is our home and I am doing what I love to do. Never in a million years did I think this was actually the career I would have.

Diane: Tell me about the audition process for the film “Spanglish”

Shelbie: It was one of the longest processes. It was about 6 months of auditioning and screen testing…amazing experience. I’ve never been through anything like that before. They were amazing people to work with. It really molded me into the acting business because at that age you don’t really know what your style is and I think “Spanglish” is what created that for me.

Diane: How old were you at that time?

Shelbie: I was ten when I auditioned. I turned 11 on set, then 12 right after the movie came out. It was a whole 3 years of the process.

Diane: What was it like working with Adam Sandler?

Shelbie: He is the funniest man and he’s really really humble. He was definitely a father figure for me and the other kids on set. He was always really helpful.

Diane: What do you love most about acting?

Shelbie: I love how vulnerable I can be. I love that it allows me to express myself. Whenever I’m sad, I’ll do a sad scene in class and it allows me to get it all out in a way that I am living my dream.

Diane: What would you say is the single most important thing you’ve learned about acting?

Shelbie: As hard as it may be to be vulnerable, that’s the one thing that makes a good actor. When you’re willing to put everything on the line for a role, it makes it genius. Its true vulnerability I’ve learned from you! I’ve never been that vulnerable, except in your class. I’ve always been very tough, but recently I’ve learned how to be vulnerable in my scenes and that’s what makes them true.

Diane: How important has ongoing training been for you?

Shelbie: It’s one of those things that you love to do and you’re passionate about that also requires extra effort! You have to put in the time. A tennis player practices every day on the courts. Singers like Celine Dion practice for an hour every day and before a show.”

Career Tips for Actors: Seven Reasons Why You Won’t Get the Theatre Job
Scroll to top