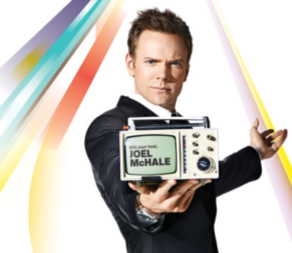 So you’ve just nabbed a TV host agent and built a pretty impressive acting resume for the past several years.

How can you pursue both TV hosting and acting?

One career at a time. Here is what I used to do and it worked brilliantly for me. I established myself as an actress first because I started booking roles right away. Feel the temperature of the market by seeing who is responding to your selected headshot submissions. If you are going out on hosting auditions or even commercial auditions and are starting to get call backs and good feedback, this is momentum. The key to show business, it’s all about momentum. Go where the river is flowing, go with the momentum. If you find yourself swimming upstream, you should check and see if you are pursuing the right career at the right time. You see, when I started to pursue hosting they just happened to be shopping for a new VJ at MTV. Good timing? Well, sort of. It’s not like a genie appeared and bowed down in front of me with an array of choices. You see “Hosting” chose me. I feel the same way about acting. It chooses you.

Here is a play by play of how it happened. I was pursuing acting and had a good run, about two or three years of student films, co-stars and roles in plays Off Broadway in New York City. As I was looking at the breakdowns for more acting auditions I kept seeing host auditions. I was working on my speaking skills and secretly dreamed of being a host, so I eagerly submitted, not thinking anything of it. My acting call backs had slowed down and it was the perfect time to see if I could make a go of it with hosting. Little by little I would go on hosting auditions in between my acting auditions and soon, I started booking more hosting jobs than acting jobs.

Look Before You Leap Into Commercial Auditions
Scroll to top