Years ago in New York City, I auditioned for a choreographer from Los Angeles who was casting a series of variety shows to be shot in Amsterdam.  I booked the job!  The choreographer liked my work and when that job was done, he told me he would be choreographing a new TV variety series at NBC in “beautiful downtown Burbank” starring Jerry Lewis.  This choreographer offered me a job on the project.  I took it immediately and moved to Los Angeles one month later.

A couple of weeks into the Jerry Lewis TV show, another choreographer was watching our rehearsal.  He later approached and informed me, “You will never make it in this town!”

Needless to say I was stunned by his frankness.

Is that what it was, frankness?  Or was it jealousy?  Stupidity?  Bitterness?

I didn’t really know what his intent was, nor did I care because that statement “put me over the edge”!  His simple statement, whatever the intent, may have been the thing that catapulted me into a very successful career in Los Angeles!  Which, I may add, has lasted for over FOUR DECADES and is still going STRONG!

I am a hard worker and always have been. But somehow his single statement caused me to push a little harder and a little longer toward each thing I wanted in my career.  I am now thankful for his input, whatever the intent.

Always remember, especially in this day and age, that people can say/text/post the “damnedest things,” but you must rise above them and continue on your positive path.  Don’t let ANYONE derail your dreams in any way!  Stick to your “love” of this business and GO FOR IT no matter what crazy things “they” may say or do! 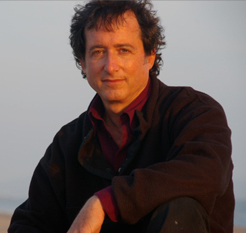 The Secret to Mastering Any Dialect

How to Make a Dialect Believable – PART 2
Scroll to top